Gaea (ガイア, Gaia) is the planet inhabited by most prominently humans and animals, but also the demigods and the Gohma. It is the setting and where the majority of the events of Asura's Wrath take place.

Gaea is one of the worlds created by Chakravartin, the primordial god who rules over it, where the Gohma was unleashed so that he could find a suitable ruler for it. Gaea then became inhabited by various living beings, such as humans, animals and demigods.

Thousands of years ago, prior to the beginning of the story, Mother Gaea became enraged with the cycle of life and death being grossly disrupted with the souls of mortals not returning to it once they left their bodies. In an attempt to take back the souls that had been converted into Mantra, Chakravartin created the Gohma and triggered a never-ending conflict between the Gohma and the Demigods known as "The War of Creation". By corrupting life on Gaea, the Gohma assumed the appearance of the animals residing in the planet. Gohma Vlitra became the very will of the planet and the embodiment of Gaea's wrath against the demigods.

The demigods and the Gohma of Gaea entered in a major battle some time later, with the demigods' Shinkoku army and its Eight Guardian Generals being sent out to destroy the Gohma. After the Shinkoku forces used their most powerful weapon, the Brahmastra, in an attempt to eradicate the evil forces of the Gohma, Gohma Vlitra emerged from Gaea and devastated most of the demigod forces, until Asura, one of the Eight Guardian Generals, managed to put the beast back to a temporary sleep.

Succeeding the framing and banishment of General Asura down to Gaea by his former allies, the Guardian Generals disbanded and became the Seven Deities. The Deities sought to accumulate enough power by collecting the souls of countless mortals living in Gaea, with the goal of defeating Gohma Vlitra once and for all.

Gohma attacks were frequent on villages and cities, and the Seven Deities continued to harvest the souls of the mortals.

Moments after the defeat of the Deities' leader, Deus, Gohma Vlitra awakened once again, more powerful and monstrous than before. Asura and Yasha decided to fight Vlitra, but proved to be no match for its overwhelming power, until the priestess Mithra empowered them and allowed them to reach Gaea's core, where Vlitra Core, the true form of Gohma Vlitra, resided. Together, the two demigods managed to eradicate Gohma Vlitra and free Mother Gaea of its evil spirit forever.

Having found a suitable vessel to control the world, Chakravartin manifested himself after the defeat of Vlitra and explained his intentions and the reason the world was created to the ones present. Asura is enraged by learning the truth, and charges at the god, though being no match for the god's power even with his newfound power of Mantra Asura. Being disappointed and calling it "a failure", Chakravartin decides to destroy Gaea and begin a new world. Some time later, Asura acquires the Mantra Reactor to fight the true god, and before Chakravartin could destroy the planet with a colossal beam of mantra, Asura stands in its way and protects Gaea.

After the defeat of Chakravartin at the raging strength of Asura, Mithra, who had been imprisoned by the god, returns safely to Gaea. 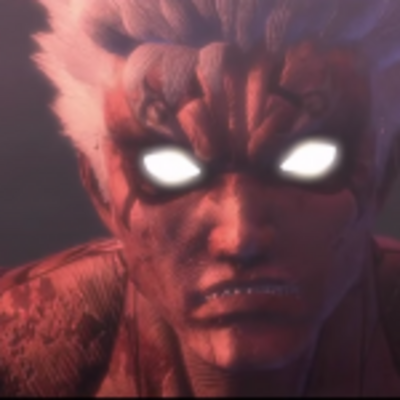 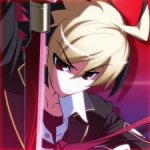