Halos are unique objects in Asura's Wrath. Halos are large disks that will, on occasion, appear behind the heads and backsides of beings such as the Eight Guardian Generals, and several other characters in the game. A halo appearing determines whenever a demigod is at full power.

Halos can often vary from person to person, and there are almost no two people who both have identical halos. While certain beings such as the Rasho and Taison possess more simplistic and nearly featureless ones, the Halos generated by more powerful characters (The Eight Guardian Generals, etc.) are often far more ornate and detailed in overall structure, which can more or less be either simply to represent the characters either on a more symbolic level, or just simply out of personal preference.

However, a Halos appearance may also signify the level of power that a individual is at, as the Eight Guardian Generals possess ornate and intricate halo where as The Emperor of Shinkoku has a more basic Halo likely establishing that he is not very powerful due to his non-comabative status. Other powerful characters that have ornate Halos include Mithra and Chakravartin.

Alongside its primary design, a Halos overall size also seems to be an indication of power as some of the most powerful characters in the game have been shown to bear Halos that rest behind almost their entire backsides while the more weaker one only cover the upper torso; Less powerful individuals have their Halos resting just behind their heads.

Mithra and Asura were the first people to display their full power. Mithra used her Mantra Manipulation powers and Asura used all his six arms. Millenia later, Wyzen and Augus also showed their halos when they each fought Asura in their respective battles. However, even with their full powers activated, Asura defeated both Wyzen and Augus, which means both had problems keeping up with Asura's ferocity. Yasha had also shown his own variation of a halo when attempting to redirect the beam of The Brahmastra, fight Asura in his Wrath transformation, and take on Deus in a one-on-one battle.

Doji: Doji have not been seen with halo, they are likely too weak to produce them.

Rasho: Rasho have small halos with no forseeable difference between them and others, this is likely due to their lack of individualism.

Taison: Taisons have small halos the same color as their "skin" although larger then the Rasho's they appear smaller due to their great size.

Kagebosh: They have often been seen with a collection of floating blue balls orbiting around there backs, it is unclear whether this counts as a halo or not. If so their halo is the only one to have a function (aside from Asuras "jet halo").

If a demigod activates his or her halo, they gain an increase in power due to fighting at their full strength. Higher-level demigods are capable of fighting an entity like the Gohma alone and without help from others.

Yasha at full power with his halo 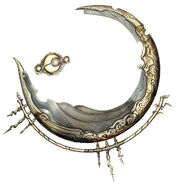 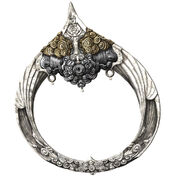 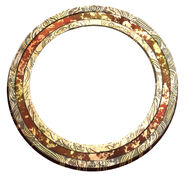 Mithra with her halo
Community content is available under CC-BY-SA unless otherwise noted.
Advertisement